2017 has not been a very good year for me. Nothing outrageous has happened. Work’s fine. No one close to me has died ((Well, not counting Leo)). The kids are doing well.

But I have been smoldering all year long and I have been getting angry or hurt about small things. Of course I know why I am angry. I am angry that I don’t feel like I know the country I live in any more. It has become ugly. It is one huge Ugly American.

I’ve fought the ugly American label for so long, but now it doesn’t seem to matter what I do or how I act. I am from the United States, therefore an ugly American. I am from the country that voted a racist, misogynistic, xenophobic reality TV actor as our leader. I live in a country whose leaders are turning back progressive laws. It doesn’t matter that I didn’t vote for this man, it only matters that I have a U. S. passport.

I’ve spent this year eating too much, drinking too much and sleeping too much. Buying too much crap. I have likely been depressed since November 2016. I have let myself “go” in a number of ways and this has got to stop.

I still have lots to do, so the Declutter series will continue.

Also, there is a new 365 challenge beginning on January 1. Follow along here.

When I was going though a box of correspondence from my mom’s house I came across a small, folded note in an unmarked envelope. Now, my mom kept pretty much every piece of correspondence she received, so it was not unusual that she kept this, but it was a surprise to me and made me very uncomfortable because 1) I didn’t know anything about it and 2) it put me in a very bad light.

It took me a while to figure out that the note was from Julia. I thought, at first, that there was someone I’d been unkind to named Pat Knight who I’d completely forgotten, then I realized it was from Julia.

Readers of this blog may recall that I briefly had a roommate from England shortly after I moved out of my mom’s house and it ended badly. She was beautiful, blond, British and outgoing. At the time I felt much inferior to her, appearance-wise. We’d go to a bar and guys would be lining up to meet her. There were times guys seemed to want to get to know me because they wanted to get closer to her. To put it bluntly, I was envious of her looks and ease with men.

I actually looked forward to her returning to the States ((She’d spent a few weeks with us during the summer, then returned to England to get a visa so she could stay longer)) as my roommate before she arrived; and I know we had some fun together. The part about me only allowing her to come back to the States because I owed it to my parents is not right — I may have said it, but that was easier to say than admit that I was jealous of her looks and accent and how guys acted around her. I also was not jealous of the relationship she was growing with my family ((well, I say that now, but perhaps I was. I know I was jealous that my mom talked to Marcia about things that she would not talk to me about)).

I know I was difficult to live with, but at the time I felt as if I were the injured party. I paid the rent and she didn’t always have the cash for her part of the rent. I paid for her medical bills when she went to the doctor because she had no insurance. I did the housekeeping and did our laundry. I definitely resented her for a lot of things and I am sure it showed.

There were other things that I won’t mention here, but both of us were on shaky ground based on societal rules (and U. S. and state laws) of the time.

The part about the letter is probably true. I don’t remember writing it, but I hated how I was acting, I hated the jealousy I was feeling. I’d long felt that there was something wrong with me because I had such a short fuse and would explode at the slightest provocation.

And as I told Julia in an email nearly 8 years ago — she’s why Dean and I are together. Dean and I dated a few times in 1979, but I wanted to date someone else. A year later Dean, who  was a client of the salon where Julia worked, had her for a hair washer. When he heard her talk he asked if she knew me. She said yes and that he should call me. He did and the rest is history.

Finally, the publishers of My Book House Books enclosed a Child Personality and Character Chart for the parents to fill out about their child(ren). My mom filled it out twice. Once in November, 1961 shortly after receiving the books and again in February, 1965 when I was 9. My scores were as follows: 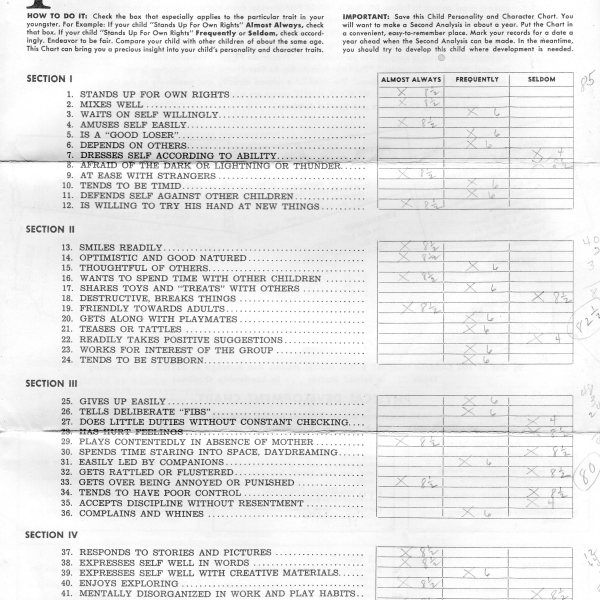 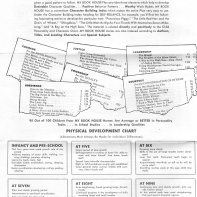 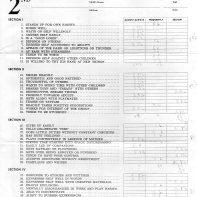 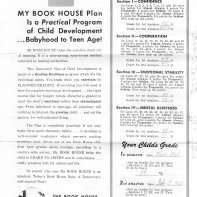