Until today, I’d never heard of Mary Martensen. Apparently she was a dietitian who wrote cookbooks and cooking columns for newspapers. She also was head of the home economics department at the Chicago American whose duties included conducting lessons for large audiences.

The document below must have been given out at one of the lessons. Lesson 10, Week of June 5, 1934. I wonder if one of my ancestors took this lesson or if it was something that Mom found somewhere. I can’t imagine either of my grandmothers traveling to Chicago to take this lesson, although I know my Grandma Patrick went to the Chicago World’s fair in 1933 or 1934 and Mary Martensen wrote a book called “A Century of Progress” cookbook that was published in 1934. It is possible that my Grandma Patrick picked up the typewritten lesson at an exposition at the fair.

I only wish that I had this document when I hosted my bookgroup for “A Man Called Ove.” I would have used some of the recipes. 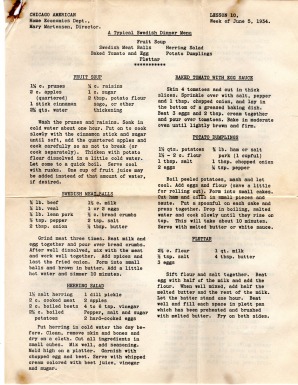 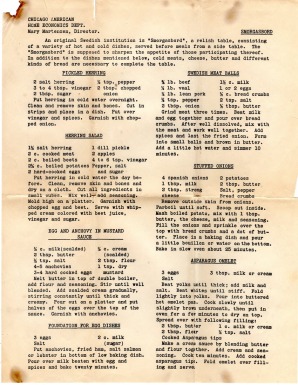 Thinking has changed regarding what we should eat each day. Note this was recommendations of the the Milk Foundation in the middle of the last century. Internet searches on ‘”milk foundation” Chicago recommendation’ returns over 2000 results, but most reference the new Milk Foundation (Milk as in Harvey Milk) or Milk Makeup. One Mother Jones‘ article recommends that adults drink much less milk than the poster below suggests. 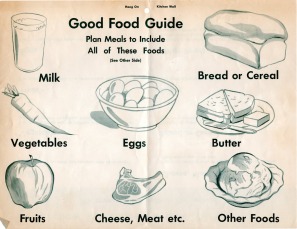 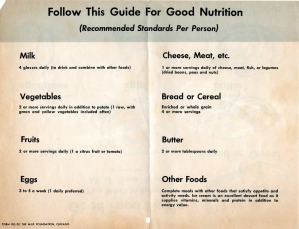